We went to Toronto, in part, to see Generator. It was a . . . the best description I come up with is a speed Chautauqua.

My understanding of Chautauquas is that they were traveling or fixed location events intended to entertain, enlighten, educate, uplift, promote conversation. The Chautauqua Institute in far west New York continues this tradition.

Generator (produced by astronaut Chris Hadfield’s son Evan)  did all of this, and also encouraged the attendees to not let fear govern their actions. I learned about AI being used to diagnose and treat conditions with a genetic basis, mushroom shrouds, body farms, mistakes in mathematics, and advances in mapping. All presented with some humour and much verve.

There was a house band – TWRP – which played several songs, and did a little bit as each presenter was introduced. 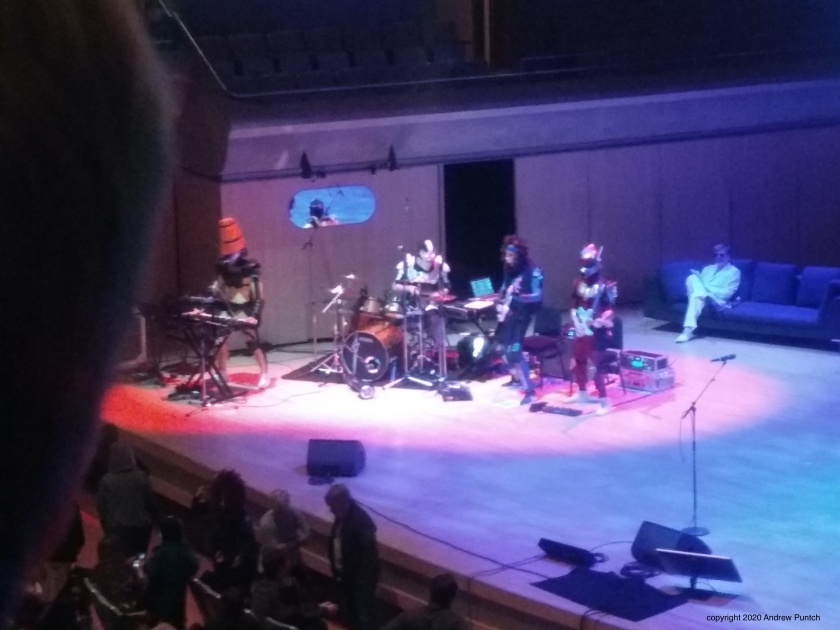 As you may be able to see in this cell phone photo they have an, interesting, stage persona and make good music. The fellow lounging on the couch was introduced later as ‘Tres Magnifique’ before he played tenor sax.

It was an evening very much enjoyed.