At least two deer visited my work site overnight. The soft ground resulting from recent rains meant that their hoof prints were easy to see.

While walking an untravelled road one morning I looked down and saw that two deer walked this road a few hours earlier. Quite near this spot and not long ago I saw a doe and two fawns, so I suspect that all three were present.

Far across a field of wheat stubble, deer raise their flags to alert one another of a threat. 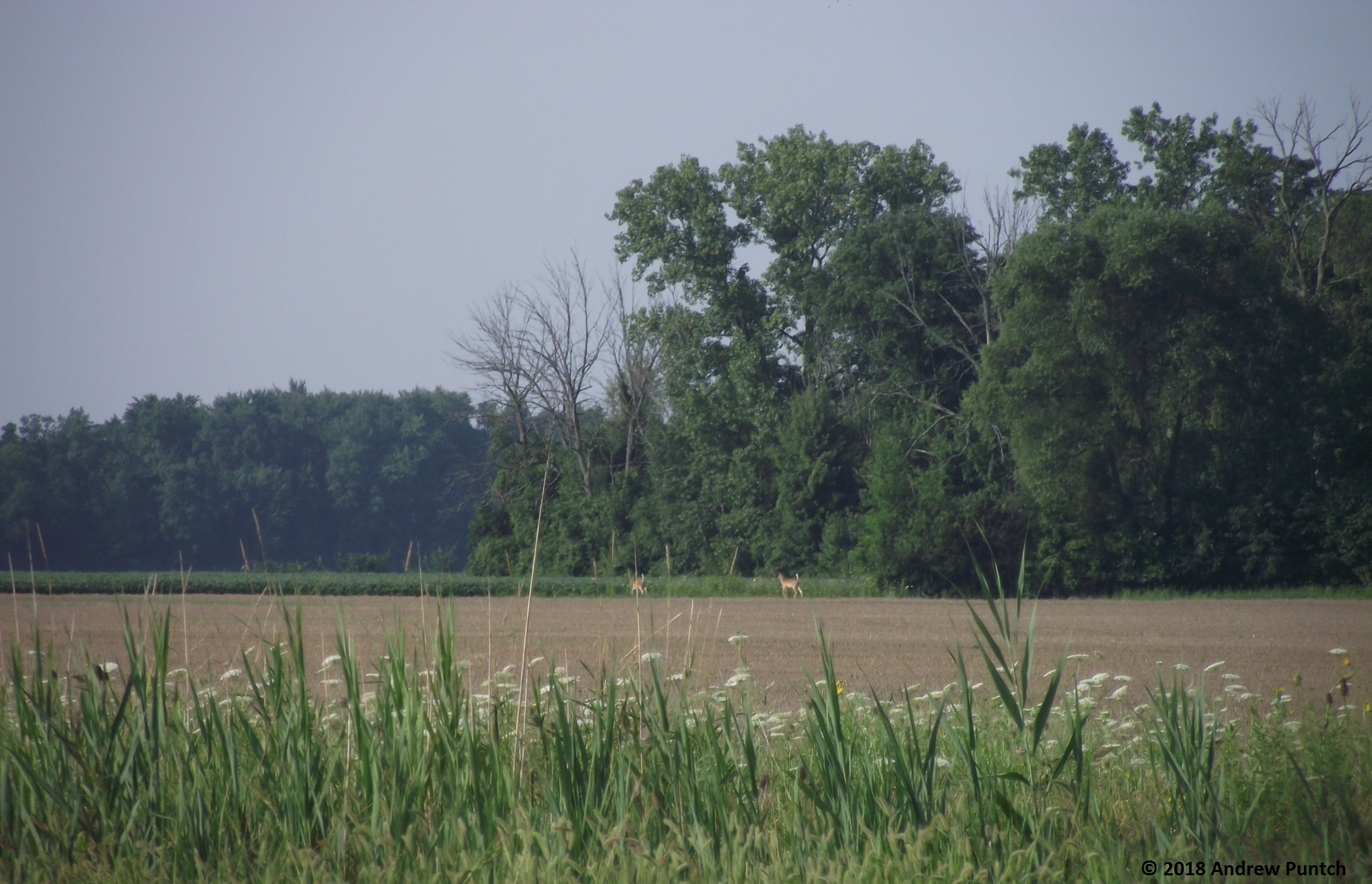 In this last photo from our trip, Faye captured this handsome deer just off the road. 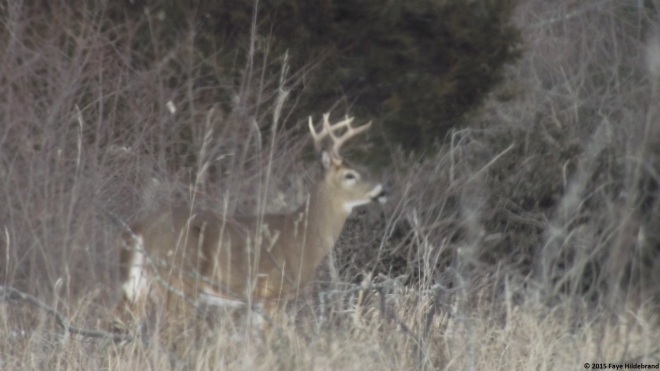 My drive home at this time of year takes place during dusk. There is quite a lot of light when I leave work and by the time I get home it’s virtually dark.

I was about five minutes from home tonight, driving about 93, 55 mph, speed limit is 90. Normally I drive at 100 or so. Headlights on but not brights because they added no useful illumination. I was scanning the shoulders for eye reflections, looking left. As I swept eyes to the right, motion caught my attention, moving from right to left. What I’m about to describe might imply conscious thought, decision, and reaction. Not at all.

I recognized a deer very close, crossing the highway. In less than a second I stepped hard on the brake, cut the wheel about 1/4 turn right and took my foot off the brake. By that time the deer was basically in the middle of the road maybe about 15 feet in front of me, running hard to the left. I had been ready to take the ditch which was only about 18 inches deep; the right wheels were just on the shoulder so I slowly corrected steering back to the left to stay on the road. Bambi kept running so I stayed on the road.

Everything in the previous paragraph happened in about three seconds. Not enough time to feel fright let alone fear. It’s a good thing I was driving no faster and probably good I had turned the radio off.

I make a point to be an alert driver – no cell phone use, adjust sound system and other systems when no traffic as about, do the same when drinking, two hands (generally) on the wheel. Yet so many things worked out – I was going slower than usual, paying attention to what I was doing, the deer kept going instead of stopping or turning around, the pavement was dry.

Perhaps I will drive closer to the speed limit.